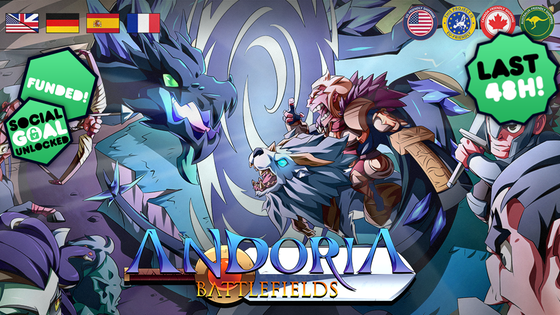 Latest Updates from Our Project:

Everyone seemed to be there. Ambassadress Ava der Balthazar glanced around to check on the faces around her once more. One-fourth of them were human, her own entourage, comprised of nobles and generals from all the kingdoms that mattered.

Then there were the others. The savage anima, the mysterious guardians, and the temperamental nords. Everyone had a say in the meeting, and the situation seemed to be dire indeed.

The nords spoke of monsters that came through fissures in the air and ravaged the lands. They asked for support in their struggle against this horde, but everyone remained reluctant.

“If we send troops to the North we will be opening ourselves to an attack,” Ava’s voice trailed off as she glanced around. “We would be curtailing our own defenses, general. Who knows what may happen when our troops are away?”

The other ambassadors nodded in agreement. The nords, though, only got more enraged.

The general who led the Nord entourage suddenly raised from his chair and slammed his hands on the table. Ava reeled from the sound, and she could swear there were now cracks across the oak table top.

“Haven’t you been listening? These creatures aren’t moved by politics! They destroy everything aimlessly, they set villages on fire and kill everyone! If they aren’t stopped, if we fall, who do you think will be next? You just think about it!”

Silence fell over the room. The nord wasn’t wrong. Everyone was thinking about being reactive, defend themselves when the time came. But maybe they should be active instead.

Ava looked back over her shoulder, to Sir Caio Walden, the spokesman of the knightly orders of the human kingdoms. The elderly knight glanced back at her and made a gentle nod. Then, Ava turned to the Nord entourage.

“I was being too cautions. The human kingdoms understand your plight. We will send our best knights and soldiers. A thousand of them.”

The representative of the anima tribes rose from her chair. “We will send the best rangers in the Raccoon Tribe. I assure you, their prowess is unmatched.”

“The First Front will provide its best battle mages,” the guardian ambassador said, his eyes glowing with magical power as he spoke.

That was actually happening. For once, the four peoples would go to war side by side. Ava was there to see it happen, and still, she could barely believe it.

Please go to kicktraq and click visit the project to boost our hotness.

We have added an improved way by mucktrack.com, to track the campaign shares on Fb.

Help us to specify the ability for our Lady.

The voting will end on 28th of November.

Thank you that you believe in us and Andoria Battlefields.

That for we will make a Live Lets -play.

On Sunday 19th of November at 7pm cest, Albert and Wisam will play against each other. (19. November 19 Uhr)

We are friends and playmates for over 2 decades and we know the tactics and strategies of other exactly.

Join the event and get a picture of Andoria Battlefields.

Wohooo, we are nominated on BoardGameGeek for the following Categories:

Show us some love :D and vote for us.